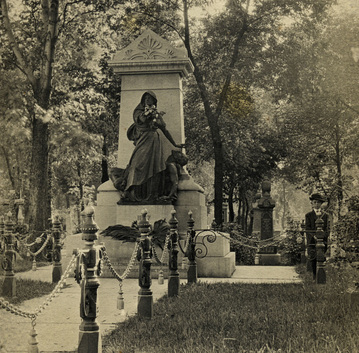 1912
The Pioneer Aid and Support Association organized a subscription for a funeral monument. In 1893, the Haymarket Martyrs' Monument by sculptor Albert Weinert was raised in Lot 789 Section N in Forest Home Cemetery. It consists of a 16-foot-high granite shaft capped by a carved triangular stone. There is a two step base, which also supports a monumental figure of a woman standing over the body of a fallen worker, both in bronze. It was dedicated on June 25, 1893, after a march from Chicago. The inscription on the steps read, "1887," the year of the executions. Also, there is a quote attributed to Spies, recorded just before his execution by hanging: "The day will come when our silence will be more powerful than the voice you are throttling today." 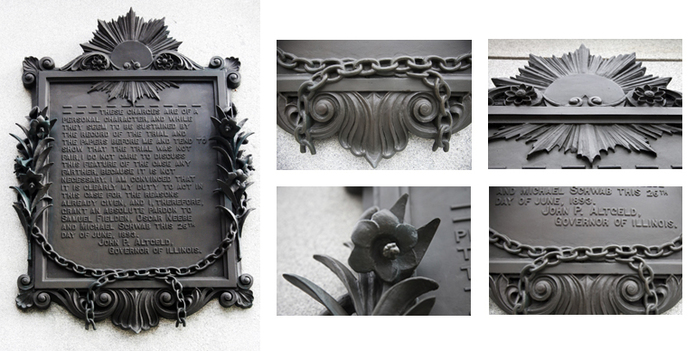 On the back of the monument are listed the names of the men. On the top of the monument, a bronze plaque contains text of the pardon later issued by Illinois governor John Peter Altgeld:

"These charges are of a personal character, and while they seem to be sustained by the record of the trial and the papers before me and tend to show that the trial was not fair, I do not care to discuss this feature of the case any farther, because it is not necessary. I am convinced that it is clearly my duty to act in this case for the reasons already given, and I, therefore, grant an absolute pardon to Samuel Fielden, Oscar Neebe and Michael Schwab this 26th day of June, 1893." 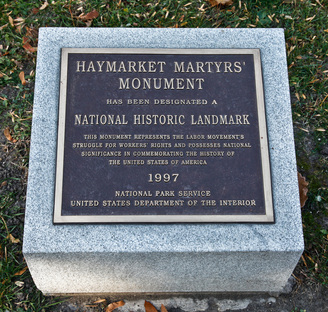 On February 18, 1997 the Haymarket Martyrs' Monument became a U.S. National Park Service Historic Landmark. The plaque reads:
“This monument represents the labor movement’s struggle for workers’ rights and possesses the history of the United States.” 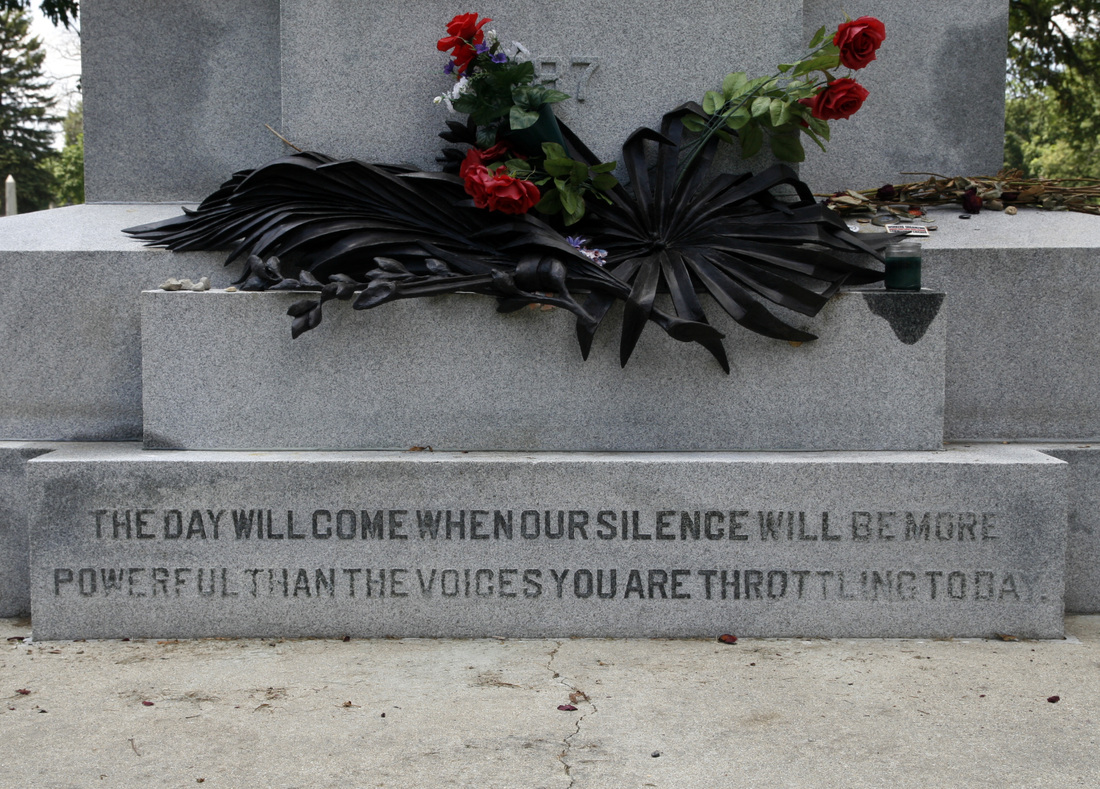 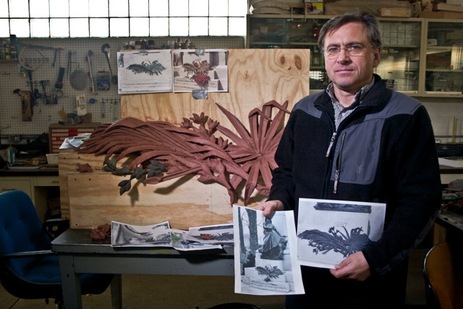 At some point in the 1980's the fronds and flowers from the front of the Haymarket Martyrs monument was stolen. Bronze has been stolen from cemeteries  across the U.S., (among other places) and the bronze is sold in scrap yards.

In early 2010, the Illinois Labor History Society began a campaign to hire a master restorer and have created new fronds and flowers. The ILHS hired the services of Andrzej Dajnoweki, director of Conservation of Sculptures & Objects Studio, inc. The conservator combed through photographs at the offices of the ILHS, looking for photos of the missing bronze taken from a variety of angles. 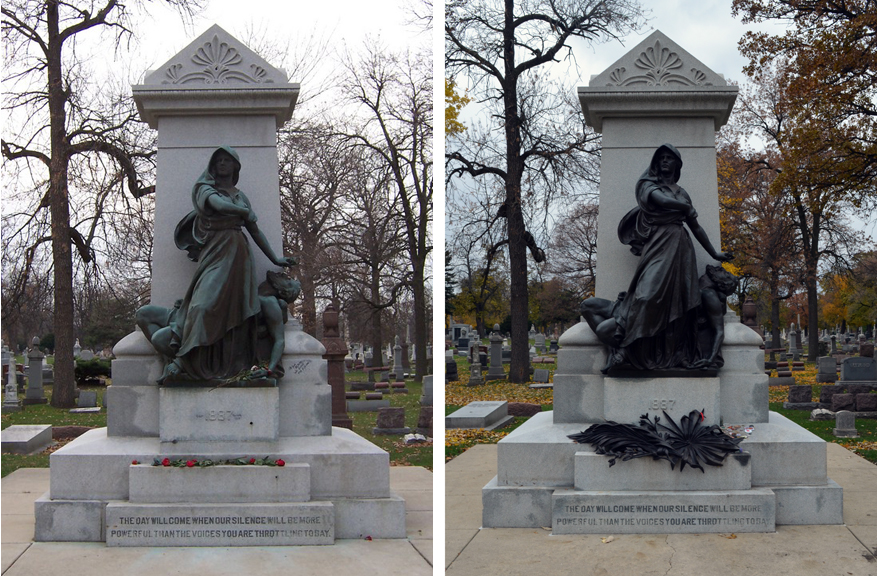 Visitors come from all over the world 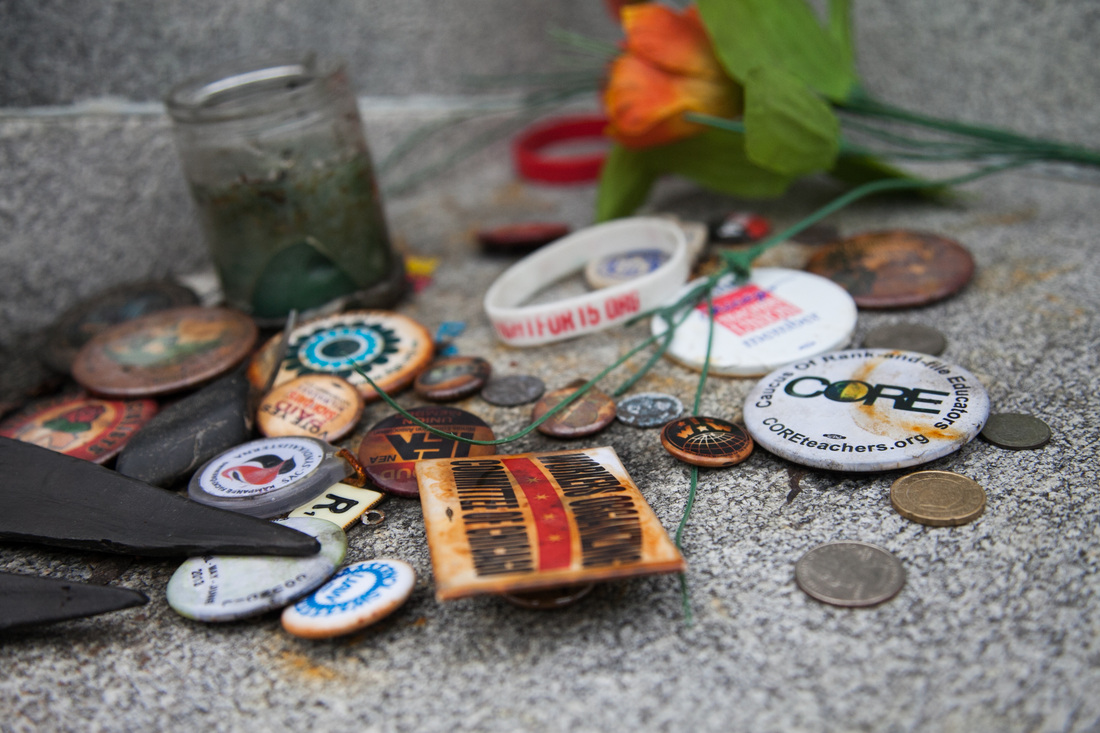 Learn More about the Haymarket Affair 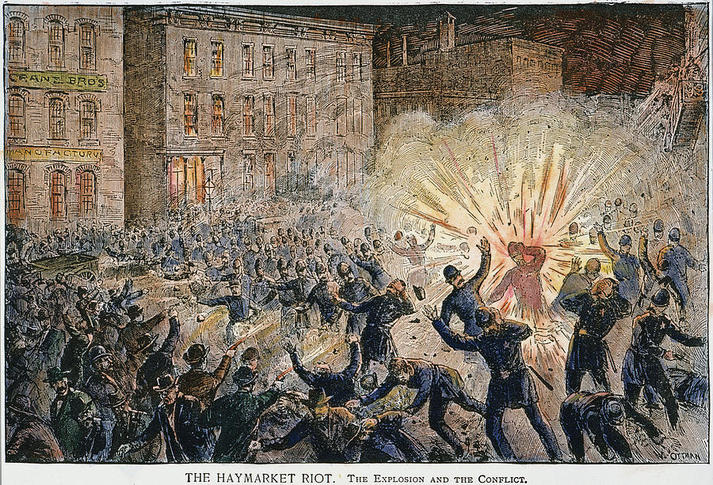 Learn about the Haymarket Time Capsule 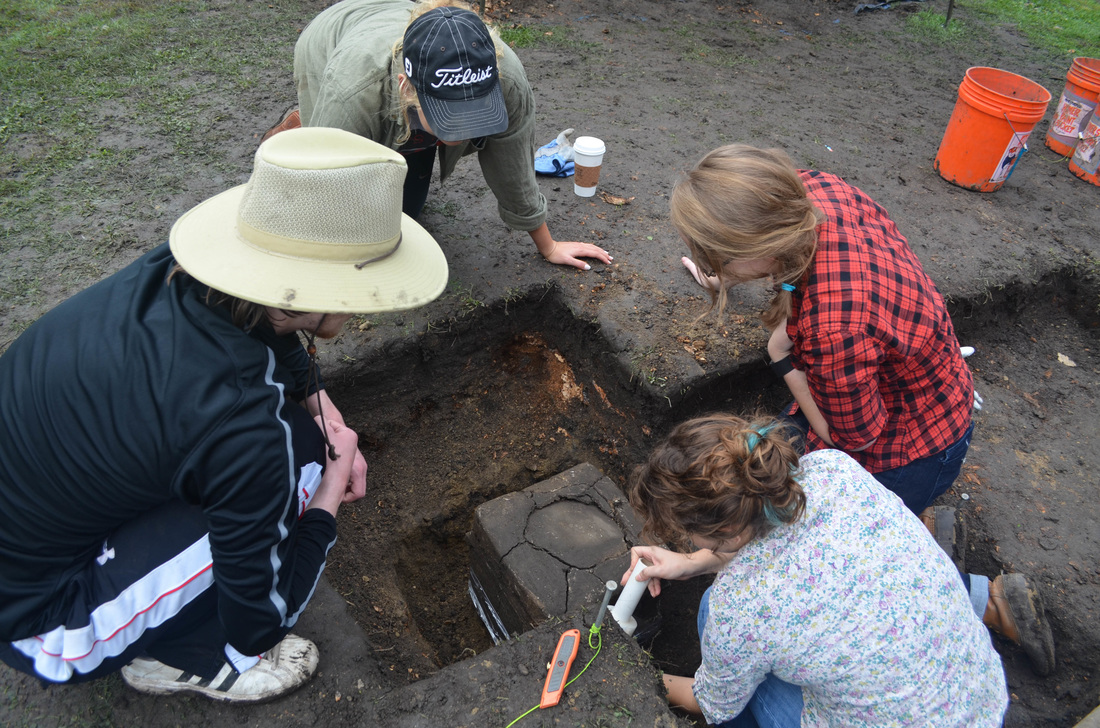