The History of White Bronze 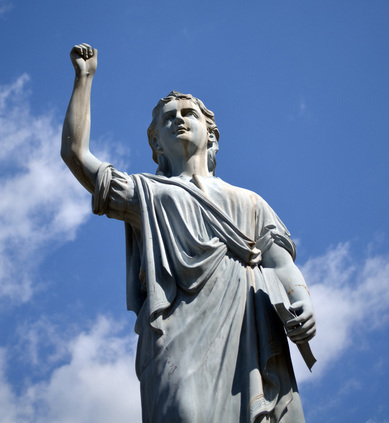 In the mid 1870s, the Monumental Bronze Company, a foundry in Bridgeport, Connecticut, began experimenting with metals looking for a way to create metal markers which would not allow lichen and mosses to grow on them (as they do on granite) nor erode as often happens to marble. The foundry was also interested in finding a metal and method which would allow designs that would attract people of the Victorian era.

By the end of the decade, the company had refined a formula for making marketable memorials from zinc. Separate pieces were cast in sand. Then they were then clamped together and fused by pouring boiling zinc along the joints. In order to give the monument the texture of granite, it was sandblasted. It was then brushed with a chemical which immediately produced the blue-gray color.

The markers were made in Connecticut and by subsidiaries in several other cities on the East Coast and in the Midwest. Salesmen using catalogs showed customers the variety of monuments which were available.

Panels were available to buyers. These panels could be decorated with a wide variety of designs including various flowers, anchors, crosses, etc. They also held the information concerning the person commemorated. Once ordered, these panels were attached to the selected monument by screws with ornamental heads.

White Bronze memorials reached their popularity peak in the 1880s-1890s. Many people, however, thought they just looked like cheap imitations of stone monuments and didn’t want to honor their loved one in such a way. Some cemeteries banned them.

The popularity was short-lived. By the turn of the century only the original foundry still made the monuments. During World War I, metals were primarily being used for war purposes. In 1939 the company was liquidated. 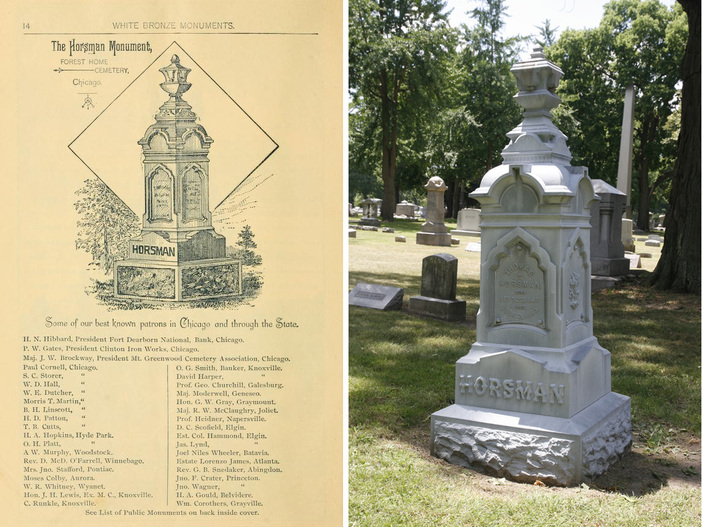 The Horseman monument was featured in an American Bronze Company catalog